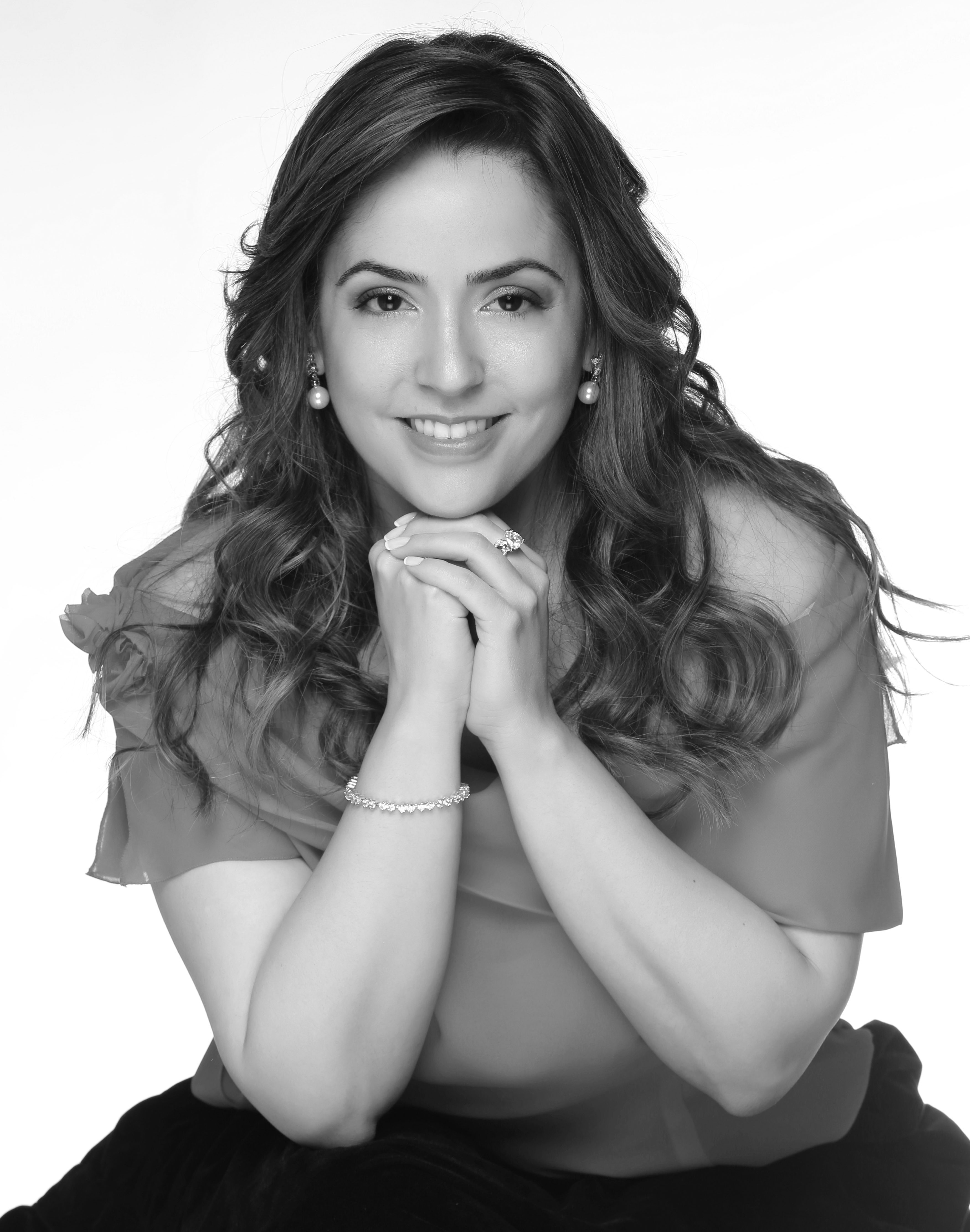 Ms. Machado graduated from the Superior Institute of Arts of Colón Theatre as “Professional Opera Singer” in Buenos Aires, Argentina. In 2007 she graduated with honors from the School of Music of the National University of Rosario as a Bachelor and Professor in Lyric Singing. There, she also studied piano and pipe organ, with her father, Luis Ángel Machado. She granted a scholarship to study chamber repertoire in the Chamber Foundation in Buenos Aires. She also took lessons with Teresa Berganza, Isabel Penagos, Claudia Pinza, Maurizio Arena, Enza Ferrari and Diana Soviero. She also took part of the “ACCADEMIA ROSSINIANA 2011” directed by Mtro. Zedda in Pesaro, Italy.

Ms Machado won the 1st prize at the “Teatro Colón International Singing Contest” whose jurors were Kiri Te Kanawa, Sumi Jo, Sherrill Milnes, Lenore Rosenberg, Nicholas Sears and Renaud Lorange. She has also received the special prize for “The New Generation” in the OSCAR DELLA LIRICA OPERA AWARDS 2012 in Torre del Lago, Italy. There she sang an orchestra concert with C.Albelo, D. Theodossiou and I.Abdrazakov. The Honorable Senate of the Argentinian Nation has declared their consent and recognition for her trajectory and the Music Critics Association of Argentina has given her the Encouragement award 2012. In 2014 Ms Machado was distinguished by the Goverment of the Autonomous City of  Buenos Aires.
He has sung main roles at the Teatro Colón, Teatro Argentino de La Plata, Argentina; Teatro Municipal de Santiago, Chile; Teatro Solís and Teatro SODRE of Montevideo, Uruguay and at the “St. Margarethen ” Festival in Austria.